Using data calculated by EY, the Institut économique Molinari is issuing its 11th annual study on the real social and fiscal pressure faced by the average wage earner in the European Union (EU). This ranking has the distinct feature of providing figures for the current year on the social and fiscal pressure faced by the average worker, applying a solid, uniform methodology across all 27 EU member countries. It provides a firm understanding of the real impact of taxes and charges and the changes they are undergoing.

Abstract
The purpose of this study is to compare the taxes imposed on individual employees earning typical salaries in each of the member states of the European Union; and, in doing so, to determine a “tax liberation day” – measuring how many days of each year’s work are devoted to paying taxes – for workers in each of these countries.

Background
Numerous studies rank political systems by various measures of “economic freedom”. While valuable for researchers, the aggregate data in these studies fail to shed light on the role of working individuals in financing their state and social security.

This study aims to create an “apples to apples” comparison of tax rates, with data that reflect the reality experienced by real, working people in the European Union. Finally, it serves as a reference to the true cost of hiring employees in each member state and to the real purchasing power of those employees.

Impact of Brexit on this study
Ceteris paribus, Britain’s departure from Europe (and the numbers herein) will, statistically, increase the average real tax rate on EU workers’ salaries by 0.3%, to 45.0% (please see chart on page 3).

Still a member of the European Union in January 2020, the United Kingdom is included in the charts, tables and calendar of this year’s edition.

The 12th edition of this study will be adapted to reflect current EU membership.

After four years of decline and one year at rest, the average “real tax rate” for typical workers in the European Union ticked up this year to 44.7% – however there is no general trend among the member states: 2020’s “Tax Liberation Day” arrives earlier in 7 countries, later in 7, and on the same day in 14.

The total percentage of EU workers’ salaries is now 0.7% higher than when this study was first published in 2010 – due primarily to VAT increases in 20 of the 28 member states. 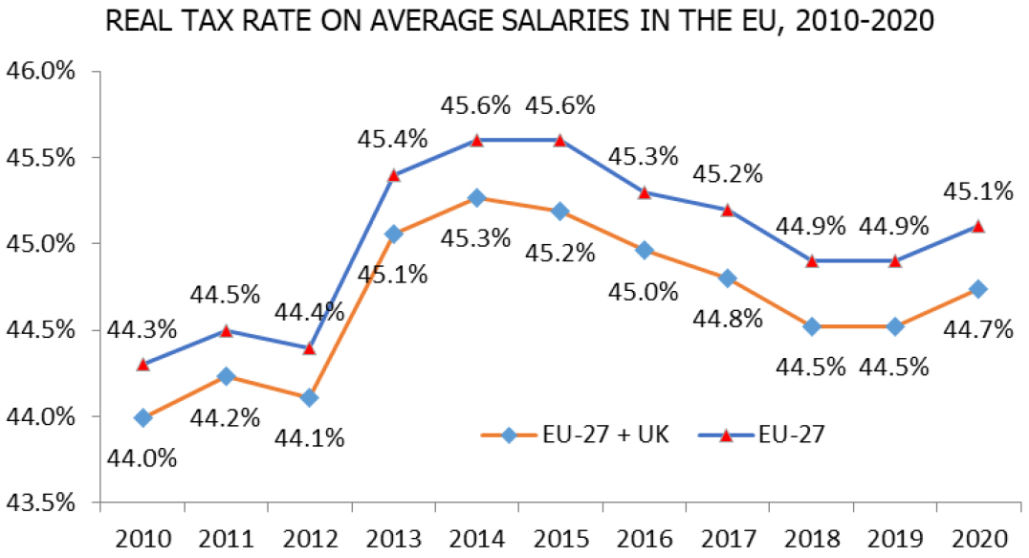 For every 100 euros of payroll taxes collected by EU governments, 41 euros is paid “on top” of gross salaries as employer contributions to social security. In many countries, these levies do not appear on workers’ payslips. The weight of these “invisible” taxes dropped from 44% in 2014, due principally to tax shifts in Belgium and Lithuania that lowered these rates. 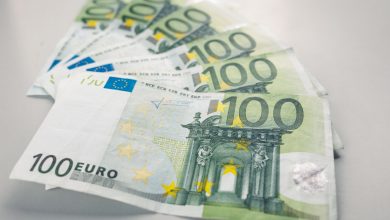 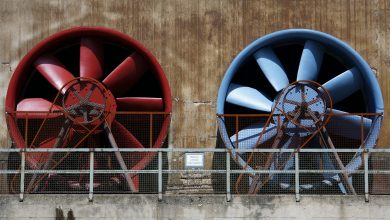 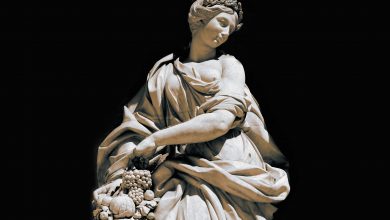