We often hear that managing a crisis like coronavirus depends on societal choices. The choice would be to save lives or economies. Health and economic data show that reality is much more complex than this simplification of the dilemma. Some countries have managed to accommodate both. Others, like France, have registered both a high mortality rate and a significant economic setback.

The French love tackling issues from a moral standpoint. Too often problems are perceived as opportunities to take a stand according to predefined ideologies, even if it conceals the real issues at stake. For example, we have heard multiple times that managing a crisis like coronavirus depends on societal choices. Anglo-Saxon countries tend to prioritize their economies and worry less about health issues. Countries with a strong welfare state tend to do the opposite by prioritizing saving human lives and worrying less about economic consequences. According to this logic, France would have made “the right choice” by giving priority to “lives” as opposed to “profit”.

Health and economic data show that reality is much more complex than this simplified dilemma. Most European countries have registered a mortality rate of less than 400 deaths per one million inhabitants, as well as an economic contraction of less than 2.5 points of GDP in the first trimester. This is also the case in the United States, whose position at this stage is similar to the Netherlands’ or Sweden’s. The situation in France, Spain, Italy, or Belgium is atypical. We observe a higher mortality rate, as well as a profound setback of economic activity. The issue is much more complex than choosing between saving human lives or the economy. It is possible to suffer both from a high mortality rate and a considerable economic setback. 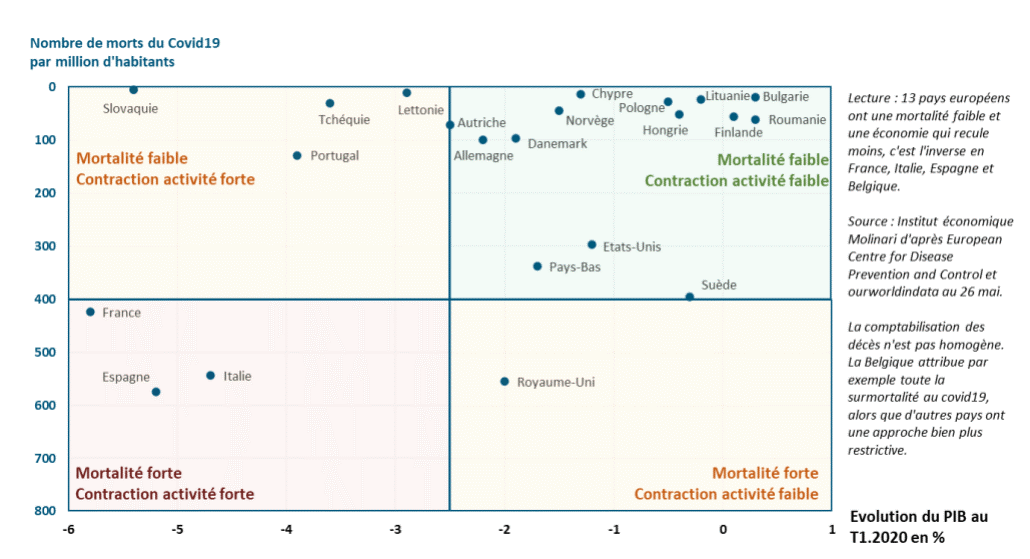 Of course, we must be careful about these numbers. Some countries are more exhaustive than others when it comes to measuring the mortality rate. Belgian statistics attribute all the excess mortality to Covid-19, while other countries directly measure the number of deaths due to Covid-19.

However, it is true that the data has never shown that we must choose between lives and profit. Worse, this Manichean conception of crisis management does not help us resolve such societal issues. For example, Austria, Germany, Denmark, or Norway show that it is possible to save profits and lives. They are not mutually exclusive.

It is possible to spare hospital services and to prevent their saturation with efficient preventive measures and a prior management of health issues, while also avoiding a shutdown of social and economic life. This is what we observed in multiple Asian countries, notably in South Korea.

However, this was not what happened in Italy, the first European country to be hit by the pandemic. It was also not what happened in France, where public authorities rejected easy preventative measures, such as wearing a mask, and put public hospitals on the front line. This hospital-centered strategy led to the saturation of technical platforms with disappointing health results. Taking in charge patients in the most advanced stages of a disease is known to be the costliest both in terms of medical equipment and human lives. Because of a Malthusian policy of limited testing, authorities were forced to handle the saturation of public hospitals by placing the whole population under non-selective and non-discriminatory lockdown.  This traditional method from the Middle Ages was the only one left at our disposal, as the French government had failed to do the economic calculations that allowed their neighbours to better handle the spread of the virus.

Experience shows that this calculation – both human and economic – has failed us. Saving lives or saving the economy does not have to be a contradiction. The issue at stake was not to decide what would be sacrificed, but to minimize the consequences. We can very well believe that “life has no price”, and that the economy must come second, but this unfortunately does not protect us against excess mortality. Viruses do not care for our ideologies; they are by nature pragmatic.

This article was originally published in French by Institut Économique Molinari. Translated by Ombeline Lemarchal for Epicenter, the European Policy Information Center. 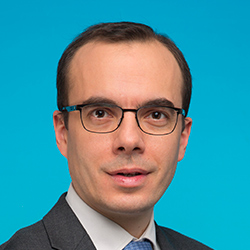 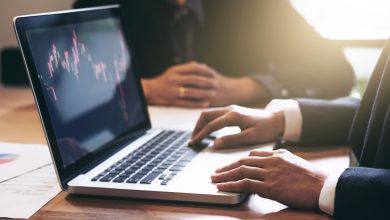