Paris, November 15, 2021 – The Institut économique Molinari has issued a ground-breaking study on how businesses, households and public finances would benefit by lowering French production taxes to the levels prevailing in other European Union countries.

The study concludes that France must dare to boost its economy through a drastic reduction in these anti-production levies and reverse existing negative trends by turning to the country’s productive forces.

TAX MEASURES THAT BRING IN AS MUCH AS THEY COST 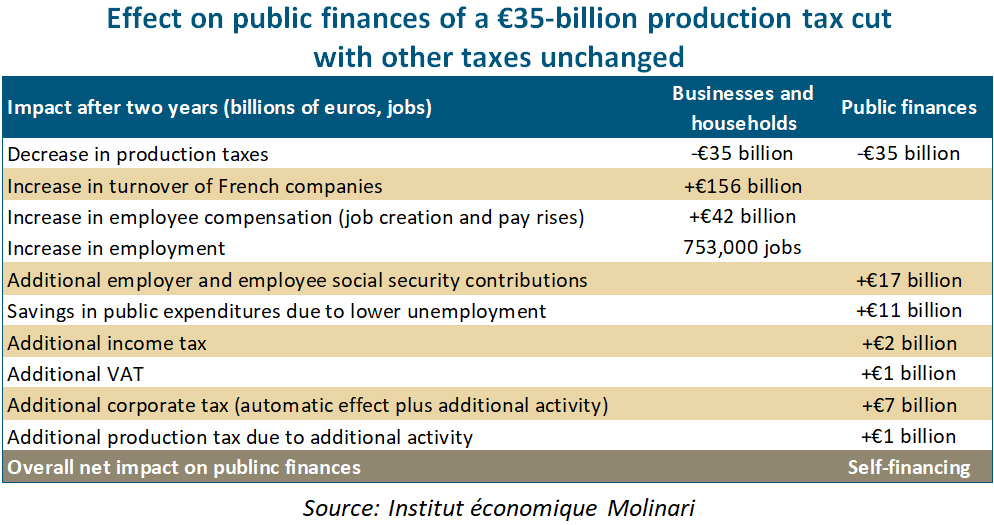 AN ISSUE FOR THE ECONOMY AND FOR BUSINESS SECTORS 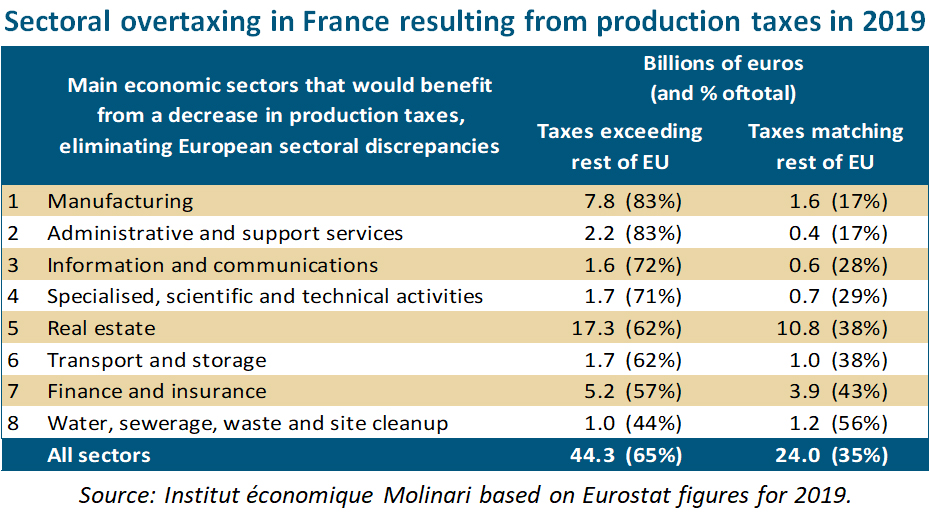 AN ISSUE FOR LOCAL AUTHORITIES

Pierre Bentata, co-author of the study

“Our European simulations confirm recent work by the Conseil d’analyse économique, Asterès and Rexecode emphasizing the counterproductive nature of French production taxes, which in effect are taxes against production and employment.

“Our analysis shows that production taxes would have to be cut in half to be aligned with those of our neighbours and that this would not destabilise our public finances. Lowering production taxes would lead to the creation of 750,000 jobs, savings of €11 billion in unemployment-related spending and €42 billion in additional wages and salaries, generating in turn an increase in revenues from traditional forms of taxation. This common-sense measure would be self-financing since taxes would be collected downstream instead of upstream where they have a disincentive effect.”

Nicolas Marques, Managing Director of the Institut économique Molinari (IEM) and co-author of the study

“It is not a matter of choosing between production taxes and deficits. Rather, it comes down to getting rid of taxes that kill production and employment in France, and instead relying solely on taxes that are compatible with wealth creation that benefits the greatest number.

“By maintaining outsized production taxes over the last few decades, France has, in retrospect, committed an error. It has suppressed economic activity and employment, thereby amplifying imbalances in public finances rather than helping reduce them. To be aligned with our European neighbours, we would need to lower this taxation by €35 billion per year in addition to the €10-billion reduction already in effect,”

“France is going against basic teachings of economics and taxation, such as avoiding taxation on the factors of production that put a squeeze on low-margin businesses and make wealth creation more difficult. The country should rely instead on value-added and income taxes that harness players in due proportion to their resources and that adjust to the changes they experience.

“Our excessive taxation of the factors of production drives production and employment out of France. The financial resources this provides in the short term come at a high cost. In the long term, our production taxes destroy our ability to create collective wealth. They deter the development of the economic fabric, hinder wage increases and fuel unemployment. Dismantling them should be a national multi-partisan issue. It is a priority to empower the unemployed, wage earners and consumers.”

The study, titled “Production taxes hold back wages, jobs and growth”, is available on our website.

The Institut économique Molinari (IEM) is a research and education organisation with the mission of promoting individual freedom and responsibility. The Institute aims to facilitate change by spurring debate around preconceived ideas that engender the status quo. It seeks to stimulate the emergence of new consensus positions by offering an economic analysis of public policy, demonstrating the value of dialogue and indicating the benefits of more lenient regulation and taxation. The IEM is a non-profit organisation financed by voluntary contributions from its members: individuals, foundations and businesses. Putting intellectual independence foremost, it accepts no public subsidies.