Article published in The Wall Street Journal on October 24, 2009.

Time to stop telling horror stories. Federal agents are wasting their time slapping handcuffs on hedge fund traders like Raj Rajaratnam, the financier charged last week with trading on nonpublic information involving IBM, Google and other big companies. The reassuring truth: Insider trading is impossible to police and helpful to markets and investors.

It’s Halloween season, and the scariest demons in the world of business are insider traders, lurking behind every stockbroker’s desk and four-star restaurant banquette. They whisper dark corporate secrets into the ears of venal speculators, and inflict pain and agony upon ordinary investors.

Time to stop telling horror stories. Federal agents are wasting their time slapping handcuffs on hedge fund traders like Raj Rajaratnam, the financier charged last week with trading on nonpublic information involving IBM, Google and other big companies. The reassuring truth: Insider trading is impossible to police and helpful to markets and investors. Parsing the difference between legal and illegal insider trading is futile—and a disservice to all investors. Far from being so injurious to the economy that its practice must be criminalized, insiders buying and selling stocks based on their knowledge play a critical role in keeping asset prices honest—in keeping prices from lying to the public about corporate realities.

Prohibitions on insider trading prevent the market from adjusting as quickly as possible to changes in the demand for, and supply of, corporate assets. The result is prices that lie.

And when prices lie, market participants are misled into behaving in ways that harm not only themselves but also the economy writ large.

Remember the 1970s-era price ceiling on gasoline? By causing prices at the pump to lie about the scarcity of oil, that price ceiling led Americans to waste untold hours waiting in lines to fuel their cars. Similar wastes occur when corporate assets are mispriced.

Suppose that unscrupulous management drives Acme Inc. to the verge of bankruptcy. Being unscrupulous, Acme’s managers succeed for a time in hiding its perilous financial condition from the public. During this lying time, Acme’s share price will be too high. Investors will buy Acme shares at prices that conceal the company’s imminent doom. Creditors will extend financing to Acme on terms that do not compensate those creditors for the true risks that they are unknowingly undertaking. Perhaps some of Acme’s employees will turn down good job offers at other firms in order to remain at what they are misled to believe is a financially solid Acme Inc.

Eventually, of course, those misled investors, creditors and workers will suffer financial losses. But the economy as a whole loses, too. Capital that would otherwise have been invested in firms more productive than Acme Inc. never gets to those firms. So compared with what would have happened had people not been misled by Acme’s deceitfully high share price, those better-run firms don’t enhance their efficiencies as much. They don’t expand their operations as much. They don’t create as many good jobs. Consumers don’t enjoy the increased outputs, improved product qualities and lower prices that would otherwise have resulted.

As argued forcefully by Henry Manne in his 1966 book « Insider Trading and the Stock Market, » prohibitions on insider trading prevent asset prices from adjusting in this way. Mr. Manne, dean emeritus at George Mason University School of Law, pointed out that when insiders trade on their nonpublic, nonproprietary information, they cause asset prices to reflect that information sooner than otherwise and therefore prompt other market participants to make better decisions.

This achievement can have ramifications beyond a few percentage-point increases in productivity growth.

According to Mr. Manne, corporate scandals such as Enron and Global Crossing would occur much less frequently and impose fewer costs if the government didn’t prohibit insider trading. As Mr. Manne said a few years ago in a radio interview, « I don’t think the scandals would ever have erupted if we had allowed insider trading because there would be plenty of people in those companies who would know exactly what was going on, and who couldn’t resist the temptation to get rich by trading on the information, and the stock market would have reflected those problems months and months earlier than they did under this cockamamie regulatory system we have. »

Another potential benefit of lifting the ban on insider trading is explained by Harvard University economist Jeffrey Miron: « In a world with no ban, small investors might fear to trade individual stocks and would face a greater incentive to diversify; that is also a good thing. »

The insider who learns that the Food and Drug Administration will approve a new blockbuster drug developed by a major drug company, for example, obviously profits from this information if it prompts him to buy 1,000 shares of the company that he otherwise wouldn’t have bought. So, too, though, does the insider profit who, upon learning the same information, abandons her plans to sell 1,000 shares of the company. But because insider « nontrading » is undetectable, only the former insider is practically subject to prosecution and punishment.

This bias is not only a source of prosecutorial unfairness; its existence casts doubt on the assumption that insider trading is so harmful that it must be treated as a criminal offense. After all, if capital markets continue to function as well as they do given that many investment decisions potentially influenced by inside information are unstoppable because they are undetectable, why believe that the detectable portion of investment decisions influenced by inside information would be harmful if they were legal?

There are, of course, situations in which it is in the interest of both a company and the public for that company to delay the release of information. Such information should be protected as company property.

If, say, a big software firm plans to acquire a small, publicly traded software firm because such a merger would create greater production efficiencies, then an early leak of this information could undermine its merger efforts—and, hence, jeopardize the prospect of achieving greater efficiencies. With the public knowing that the big firm is seeking a controlling interest in the smaller firm, the price of that smaller firm’s shares might well rise so high that it is no longer profitable for the big company to acquire a controlling share.

The big company, therefore, has a legitimate interest in preventing insiders from trading on the knowledge that it plans to acquire the smaller firm. And the general public has an interest in permitting the company (and other firms in similar circumstances) to prevent trading on such inside information.

As University of Michigan law professor Adam Pritchard emphasizes, the challenge is to distinguish information that should be treated as proprietary from information that does not warrant such treatment. While this challenge is theoretically easy—protect only that information whose revelation to the public through insider trading would likely reduce overall economic efficiency—practically it is devilishly difficult.

Fortunately, neither elected officials nor government bureaucrats need to bother themselves with solving this challenge.

Each corporation should be free to specify in its by-laws the types of information that insiders may not trade on. Any insiders who trade on such information would violate that firm’s by-laws and, hence, subject themselves to suit by that firm. Corporations whose by-laws prohibit all or some insider trading will have standing to sue anyone who violates their by-laws. People who trade on inside information not protected by corporate by-laws would be acting perfectly legally.

Won’t corporations simply make all of their inside information off-limits to inside trading?

Competition is a beautiful thing: It will punish firms that are either overly inclusive or under-inclusive in the sorts of information that they shield from inside trading.

This decentralized competitive method for selecting information that is proprietary, and thus off-limits to inside traders, isn’t perfect. But the relevant comparison isn’t with an ideal, perfectly working world. The relevant comparison is with the existing approach: Government officials have decided that all insider trading is unlawful and that anyone accused of insider trading is subject to criminal prosecution.

A less heavy-handed, less bureaucratic, less politicized, and more decentralized method for determining when inside information should, and when it shouldn’t, be traded on is preferable to Uncle Sam’s blanket proscription.

Different corporations have different mixes of investments in physical, human, financial and intellectual capital. Corporations also differ in their business plans. Companies whose successes depend heavily upon their financial-investment strategies will be more likely to have stronger and broader prohibitions on insider trading than will companies whose successes depend upon the development of new consumer products.

Or not. The above is simply my best guess. Perhaps there’s something I’m missing about companies whose successes depend upon the development of new consumer products that makes them especially vulnerable to insider trading. And that’s the point. My « best guess » isn’t very reliable, and nor are those of politicians and bureaucrats.

Relying upon competition and the self-interest of shareholders and creditors (both actual and potential) to discover which types of information are proprietary—and, hence, protected from insider trading—and which types of information are not proprietary removes politics from this vital task. Importantly, it also replaces the unreliable judgments and « best guesses » of political officials with the much more reliable determinations of competition.

*Donald J. Boudreaux is Professor of Economics at George Mason University and a Senior Fellow at the Mercatus Center. 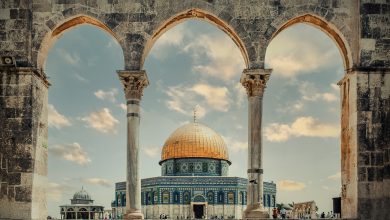 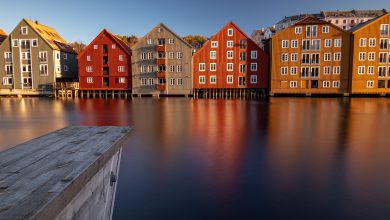