Article published on EUReporter on March 13, 2006.

By announcing his offer to buy the titles of the Arcelor company, the Indian Lakshmi Mitall caused a real outcry as much among Arcelor managers as within the political community.
The first rejected the offer thus giving him the status of ‘hostile take-over bid’ and the second, almost unanimous over the question, do not hesitate to recommend that the State take over again “the means of protecting strategic sectors like the iron and steel industries” (Jacques Myard, UMP, Yvelines). However take-overs have an extremely important role to play on the market and the sharp polemic which surrounds this take-over only obscures the debate.

Last summer, when one lent to Pepsi the intention to repurchase Danone, Thierry Breton declared: “the first responsibility for a head of enterprise is to avoid a take-over.” This assertion is completely right for it means quite simply that it is the task of an owner to manage the company he directs in the most effective way possible. When this management leaves something to be desired or there are means of making it more effective, the company becomes a possible target for any businessman who would discover these means.

While making publicly known to Arcelor shareholders his wish to acquire their shares, Mr. Mittal revealed to the market that he thought he knew more effective ways to manage the European iron and steel industry company. Consequently, it was also learnt that the current managers of the company do not necessarily manage the company in the most profitable way.

It thus appears presumptuous on the part of Mr. Dollé to affirm that his employers, namely the shareholders, do not need Mittal and illegitimate to call on the political powers for help. What is at stake here, is to know if the management of the Arcelor directors will be sanctioned or not by the shareholders who must judge if it is expedient in transferring the capital to Mr. Mitall. It is not in trying to protect himself against this sanction thanks to political power, that the Arcelor President will be able to convince others of his superiority in the management of this company. On the contrary, such an action indicates that he tries to avoid the process of competition at management level which one generally recognizes as being favorable to consumers.

It is certain that the manager’s fears are well founded because the take-over in question today was emitted by one of the most dynamic actors in the sector and who, on several occasions, showed his capacity to innovate and revive declining companies. Thus, before this practice is even recognized in this industry, Mittal apparently did not hesitate to invest in more effective mini steel-works using scrap metal to manufacture mid-range products. He would have also been a pioneer in the manufacture of a new material containing less expensive iron and substitutable with scrap. His prowess in the field of steel and the interest which he carries in Arcelor can only allow one to think that he also found in the case of this company innovative management methods able to improve the company’s profitability.

Large companies encompass various units, branches or departments of which some are more profitable than others. It is up to the owner to identify the profitable branches from those which are not. If he were to fail in this task, it would likely put an end to his employment through being caught up with by a competitor who would have known how to problems and will not tolerate their continuation.

The temptation to withdraw itself from this process of management competition is neither a French exception nor a European one. It began into 1967 in the United States with the Williams Act which proposed the regulation of repurchase offers while they were done quickly and easily before. By making the repurchase of companies more difficult, political power harms the process of property transfer and the control of capital in more expert hands. Dreaded by the people in place, it is however favorable to shareholders and the greatest number of consumers.

CÉCILE PHILIPPE IS DIRECTOR AT THE MOLINARI ECONOMIC INSTITUTE 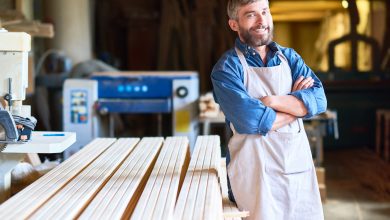