This fall in New York, EU Competition Commissioner Neelie Kroes took part in an international conference devoted to antitrust policy. In front of an audience of lawyers invited by the Fordham Corporate Law Institute, she tried to clarify the principles on which her antitrust policy is founded, so as to make it more comprehensible. Her speech related to the notorious question of abuse of dominant position. The legitimacy of pursuits launched by the European Commission in its name is in effect more and more controversial as texts lend themselves to differing interpretations. Unfortunately, Kroes did not provide any real clarification on key points, and abuse of dominant position remains a concept with undefined limits.

True, Kroes gave many details about the significance of an abuse. However, the behavior of companies is never regarded as suspect as long as they are not in a dominant position. But, what, according to Kroes, defines that? A firm is in a dominant position if it has a substantial market power. But what is substantial market power? Competition law specialists are going to continue to reflect on this as Kroes has left them to their own thoughts on this crucial point.

Its clear that even with all the goodwill in the world, Kroes could not have gone much further in her explanations as one cannot shed light on ideas that are fundamentally confused. To claim that a firm is in a dominant position in a market, it is necessary to first identify this market. This is no simple matter. A firm sells apples. Does it operate on the apple market, on a particular brand of apple market, the fruit market or the food market? It is obvious that the same sales will confer on a firm a different position and that the same acts could be more or less discredited by the suspicion of antitrust authorities, according to the market considered.

In actual fact, the difficulties are much more complicated even than that. First of all, if one supposes that the choice of fruit market is relevant because apples and pears are substitutes, a markets shape is practically without limits, reducing the position of the largest companies to insignificance. Indeed, all goods are more or less substitutes. When someone buys apples, he does not simply give up other fruit but all the purchases which this sum could have bought. If on the other hand, one holds with the homogeneity of a good in identifying a market, it will be quite difficult to find a competitive market somewhere, because the differentiation of the products goes well beyond the various kinds of apple. For example, products of different brands will not be the same in the eyes of many consumers, even when their physical characteristics are similar.

This brings us to an insurmountable problem. The only relevant criterion with which to decide if two goods are different or similar is consumer opinion. It is the consumer who differentiates more or less among products and subjectively influences the shape of the various markets. And as Kroes says she wants to put consumer interest at the heart of her policy, it is these markets which must be used by her as points of reference. If legal proceedings must be decided according to the position of a firm in a market whose shape is relevant from the point of view of consumers, antitrust authorities must initially probe the minds and hearts of each individual to identify these markets. This is an impossible mission, unless they are equipped with divine attributes.

Antitrust authorities cannot identify a market shape without solving the question arbitrarily. They cannot thus determine that a firm is in a dominant position in this market and cannot rule on some abuse of an unspecified position. However, even if no one knows what this crime is, companies such as Microsoft have been judged guilty of it. Wouldnt the true dominant position be located outside the market?

The author is an Associated Researcher with the Molinari Economic Institute. 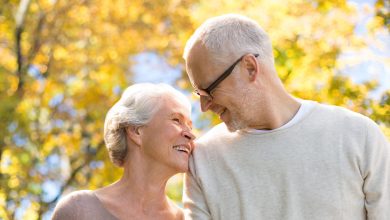