At the end of 2021, the European Commission released a “Proposal for a council directive on ensuring a global minimum level of taxation for multinational groups in the Union.” The directive would place a 15 percent minimum effective corporate income tax (CIT) on large-scale company groups. The EC claims that the directive will address tax challenges caused by digitalization and ensure that companies pay “a fair share of tax.”

This proposal stems from OECD’s “Statement on a Two-Pillar Solution to Address the Tax Challenges Arising from the Digitalisation of the Economy,” which aims to limit global corporate income tax competition between countries and to preserve tax revenues in high-tax jurisdictions. According to OECD,3 there is an increase in tax uncertainty caused by countries that unilaterally address globalization and digitalization pressures, thus a common global approach to taxing capital is required.

Although digitalisation and a growing role of intangible assets in value creation call for overhauling the traditional CIT model, the new directive aims to safeguard revenues from CIT instead of moving towards more efficient forms of taxation. The new rules raise concerns over the sovereignty of Member States to determine the tax rates and the balance between direct and indirect taxation, while their implementation might bring a number of unintended negative consequences. 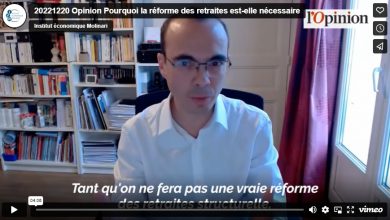